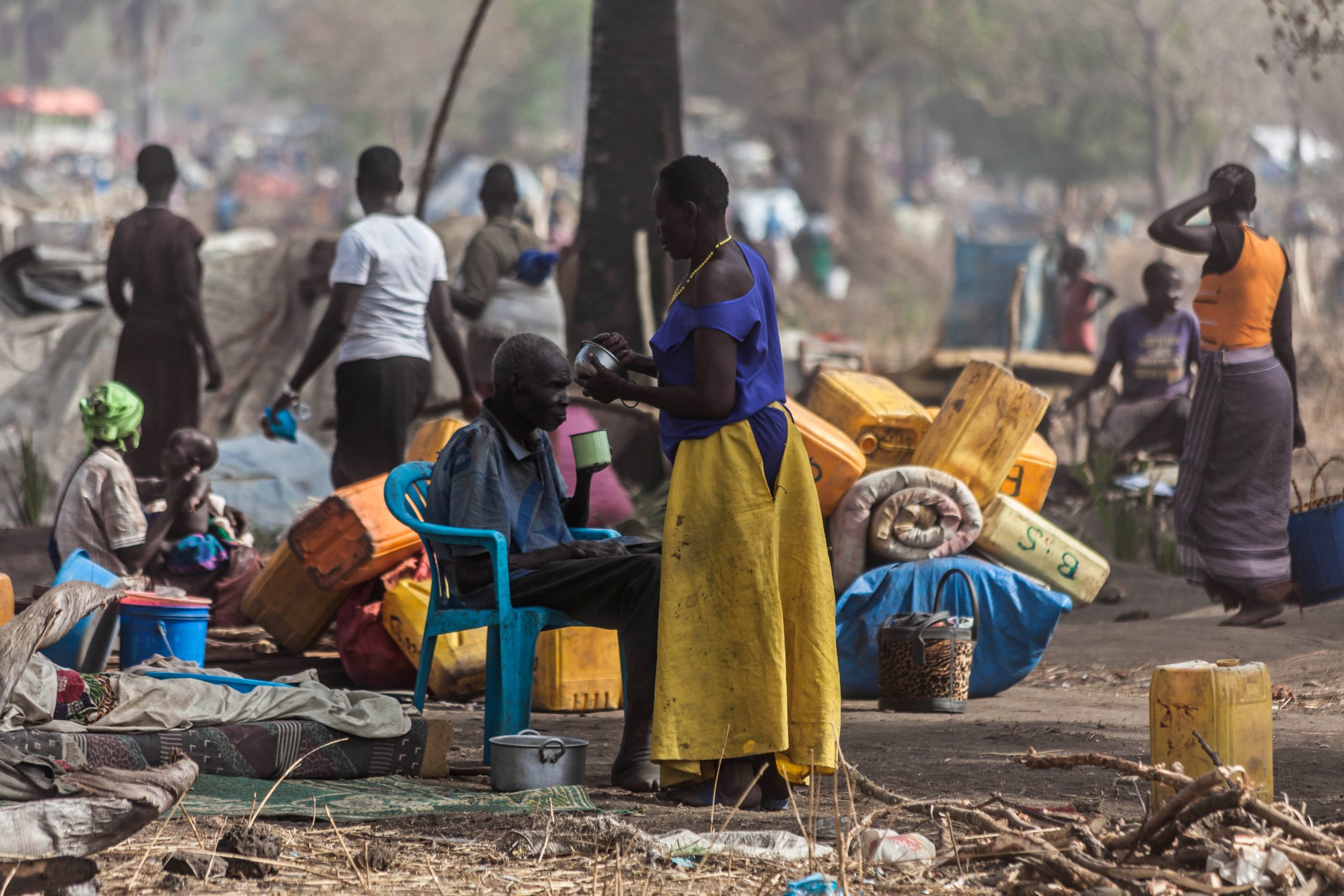 In South Sudan, civilians have borne the brunt of the ongoing armed conflict between the government and armed opposition forces. The security and human rights situation remains unstable. Nearly 400,000 people have died since December 2013, often as a result of their ethnic background. The violence has also forced up to 1.9 million people, 85% of whom are women and children, from their homes, displacing them within South Sudan and forcing thousands to UN camps in search of protection. Currently, these camps protect over 180,000 people. Over 2.2 million people have sought refuge outside the country, creating the largest movement of refugees in Africa and the third largest movement of refugees in the world.

On July 15, 2019, Michael Rial Christopher—40-year-old South Sudanese newspaper editor—was taken off of a flight to Kenya by South Sudanese National Security Service (NSS) agents and arbitrarily arrested in Juba. He remains in detention at the NSS headquarters in Juba.

Parties to the conflict have deliberately blocked humanitarian assistance, using food as a weapon of war. Recent reports also show an estimated 6.9 million people faced severe food insecurity from May – July 2019, and 50,000 people were expected to face a famine-like situation.

There have not been any judicial proceedings before civilian courts related to serious crimes committed in connection with the conflict since December 2013. The government’s failure to prosecute and punish the perpetrators of crimes committed by both government and opposition armed groups necessitates a meaningful and effective alternative justice mechanism for the people of South Sudan.

The situation in South Sudan underscores the need for the South Sudan government to meet a clear deadline to sign the Memorandum of Understanding and enact a law to establish a hybrid court. Failing action by the South Sudan government by the deadline, the United States will support the unilateral establishment of an ad hoc tribunal for South Sudan in order to create an impartial mechanism that will deliver justice to the countless victims of human rights violations committed during the ongoing conflict.