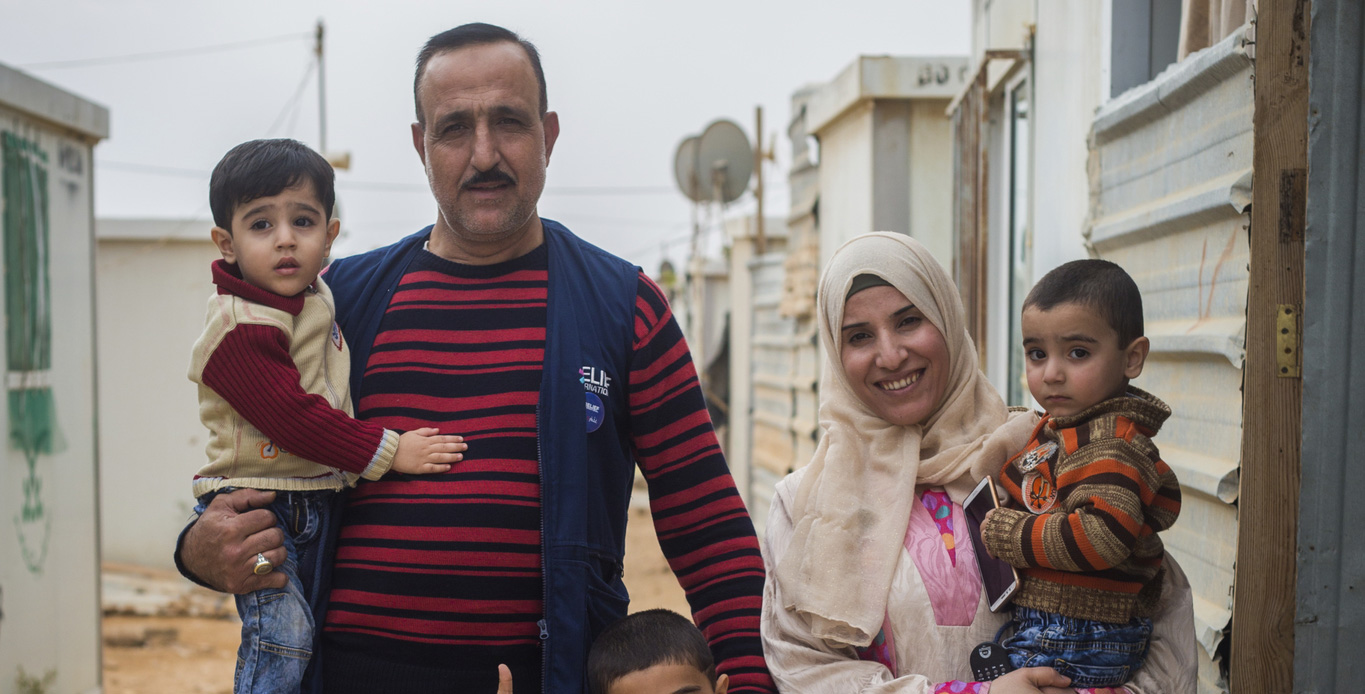 The international community faces a displacement crisis of historic proportions that requires bold leadership, innovative solutions, and all countries to do their fair share. Currently, there are over 70 million people forcibly displaced because of war, violence, persecution, or the climate crisis – with the number only growing worse every year. Nearly 26 million of those displaced are refugees, having fled their country of origin and unable or unwilling to return voluntarily.

Unable to return home, most refugees stay in their host country where they try to build a new life. For a small minority facing specific protection risks, staying in their initial host country is not an option, making resettlement necessary. The U.N. Refugee Agency estimates that 1.44 million refugees need access to resettlement in 2020. Despite this, only a tiny fraction is afforded this chance.

Malik is an Iraqi refugee stranded with his family in Beirut, Lebanon, after the U.S. government failed to keep its promise to resettle him, his wife Sana and their two sons.* After years of harassment and discrimination, fearing for their lives because they are Christian, they fled Iraq in 2013. Malik and his family thought their dream had come true when they were accepted for resettlement to the U.S. in 2016, however the current administration’s first Muslim ban halted their resettlement process from moving forward. Since that time, their case has been stuck in limbo — in “security checks” – indefinitely. Malik should be able to enjoy his human rights as a refugee, and should not live in limbo, without hope.

Resettlement is a lifeline for refugees and a key component of responsibility-sharing that allows states to support each other by agreeing to resettle refugees from host countries. Since the 1980 Refugee Act established the refugee program, the U.S. has historically resettled the largest number of refugees annually. From 1980 until 2017, U.S. administrations have, on average, set the ceiling for refugee resettlement at 95,000. The admissions ceiling for Fiscal Year 2020 is 18,000, the lowest goal ever set by any administration, and accompanied by drastic changes to the types of refugees prioritized.

Abandoning Responsibility: A fundamental principle of refugee protection is responsibility- sharing and international cooperation. Unfortunately, the U.S. government is abandoning its duty to share in its responsibility to protect refugees. Successive bans and policy changes have taken their toll, with many refugees who expected to be resettled to the U.S. stuck in a never-ending limbo of security vetting.

Instead of upholding its responsibilities, the U.S. is abdicating its duty for refugee protection, drastically cutting the number of refugees it will accept for resettlement. The U.S. Government has also sought to cut programs that offer life-saving and life-preserving humanitarian aid to displaced populations the world over. Responsibility-sharing of all states is critical to reduce the impact of large-scale refugee populations on host countries, and each state should contribute to the maximum of its capacity. The U.S. has not only reduced its commitment to offering protection to refugees in need of resettlement, it has all but abandoned global leadership in ensuring refugee’s access to durable, lasting protection opportunities. While other governments have expressed increased interest in creating pathways for refugee protection, including community sponsorship programs for refugees, none of these programs could ever replace the capacity the U.S. refugee program once offered.