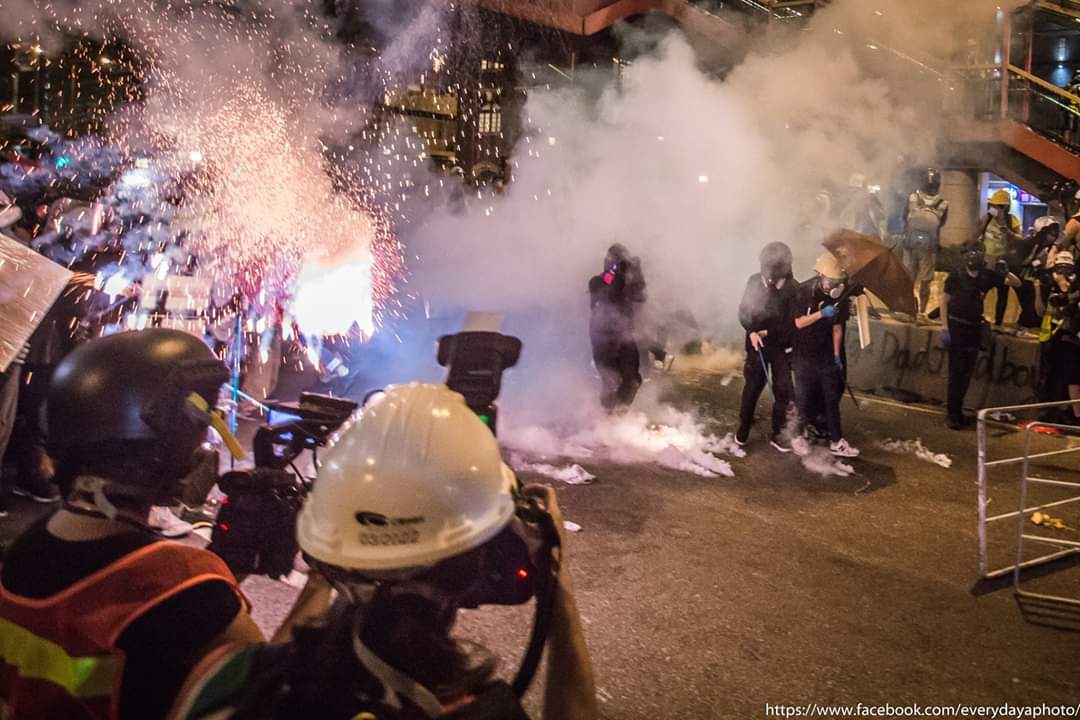 Hong Kong, a Special Administrative Region of China, maintains separate governing and economic systems from that of mainland China under the principle of “one country, two systems.” Chinese national law does not generally apply in the region and Hong Kong is treated as a separate jurisdiction.

On June 30, China’s top legislative body passed a draconian national security law for Hong Kong that entered into force the same day. Under the new law, “secession,” “subversion,” “terrorism,” and “collusion with foreign forces” incur maximum penalties of life imprisonment. The law is dangerously vague and asserts jurisdiction over alleged offenses committed outside Hong Kong. The overly broad and imprecise definitions in the legislation mean that virtually anyone exercising their right to free expression anywhere in the world could be deemed a threat to “national security” and prosecuted.

Immediately after the law passed, authorities began using it to crack down on legitimate and peaceful expression. People were arrested for possessing flags, stickers and banners with political slogans. Four student activists were arrested over social media posts allegedly “inciting secession” under the new law and are facing life sentences. Twelve candidates who advocate viewpoints at odds with those of the government were disqualified from running in Hong Kong’s Legislative Council elections. On August 10, Hong Kong police raided the offices of pro-democracy newspaper Apple Daily and arrested owner Jimmy Lai and five others for “collusion with a foreign country or external elements” under the new national security law.

The law has had a chilling effect on Hong Kong. Within one week of the law’s enactment, at least seven politically active groups disbanded. Many social media users who were regularly sharing news about pro-democracy protests have shut down their accounts. Businesses that that previously posted banners in support of protesters have removed them.

The national security bill was rushed through the Chinese legislature on basis of exaggerated security concerns after months of protests in Hong Kong which were sparked by the introduction of a controversial bill in March 2019 allowing criminal suspects to be extradited to mainland China. The proposed bill faced widespread criticism from many sectors of society concerned that it would undermine Hong Kong’s legal freedoms and might be used to intimidate or silence dissidents.

The protesters that marched against the extradition bill in 2019—and have recently returned to protest the national security law—have been overwhelmingly peaceful. However, Hong Kong police have used violent acts by a small group as a pretext to crack down on the peaceful protesters. Amnesty verified numerous incidents involving the dangerous use of rubber bullets, officers beating protesters who did not resist, aggressive tactics used by police to obstruct journalists on site, and the misuse of tear gas and pepper spray.

In September 2019, under pressure from the protesters, Hong Kong Chief Executive Carrie Lam announced that the controversial extradition bill would be formally withdrawn. However, under the new national security law, suspects could be removed to mainland China, handled within the mainland’s criminal justice system, and possibly tried under mainland law. Being charged with a national security crime on the mainland can lead to arbitrary or even secret detention. As is often the case, detainees held secretly are at great risk of torture and other ill-treatment.

While the formal withdrawal of the extradition bill is welcome, the passing of the national security law presents an even greater threat to human rights in Hong Kong. Furthermore, the Hong Kong authorities have chosen to suppress mostly peaceful protests in a grossly unlawful way that has seriously damaged the people’s trust and sense of legitimacy of the government.