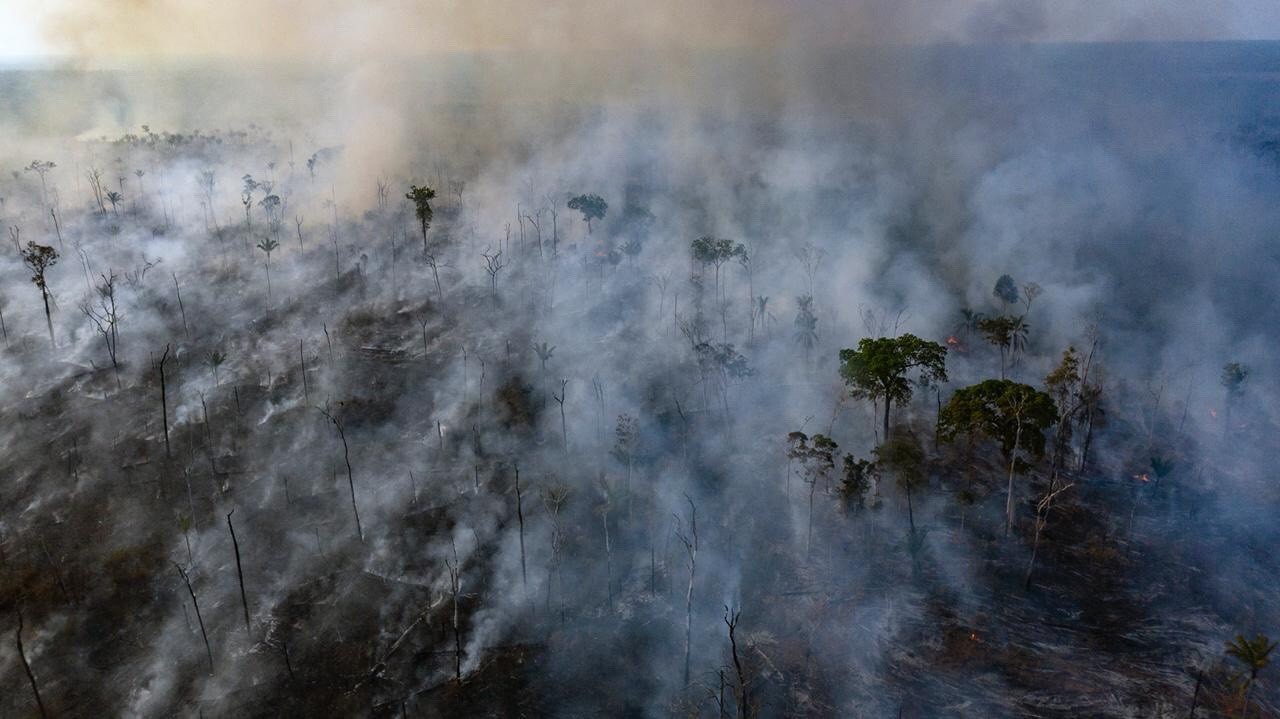 In the summer of 2019, the world watched in horror as the Brazilian Amazon burned. Rights groups had sounded the alarm long before the fires wreaked this level of destruction, concerned that the government’s recent erosion of critical protections for Indigenous people and their environment was endangering the Amazon and its people.

Brazilian President Jair Bolsonaro, who ascended to power in January 2019, has declared the Amazon open for business – paving the way for agriculture and industrial mining companies to set up shop and clear vast tracts of land. Illegal cattle ranching in protected areas, which involves the burning of trees to clear for pasture, is the primary driver of Amazon deforestation. Since Bolsonaro took office, there has been a marked uptick in illegal cattle ranching, which some state agencies have actively enabled.

Bolsonaro has also publicly questioned the demarcation of environmentally protected areas and areas reserved for Indigenous communities in the Amazon. He has slashed the funding of Brazil’s environmental agency (IBAMA)—which had helped reduce deforestation rates in previous administrations—by 25%, and shrunk the activities of the agency dedicated to the protection of Indigenous people (FUNAI) by 10%. Due to budget cuts, key government surveillance operations to monitor and prevent illegal land seizures and deforestation have been reduced. Indigenous communities have thus been exposed to deadly threats of violence by invaders – including ranchers and grileiros (people who illegally seize land) – eager to displace them. In November 2019, Indigenous land defender Paulo Paulino Guajajara was ambushed and killed point-blank by unauthorized loggers.

As a result of this lack of protections, Indigenous territories in the Amazon region in 2019 have lost 220 square kilometers – a surge of 106.8% compared to the same period in 2018. This deforestation is directly connected to the estimated 75,000 fires in the Amazon, which have increased at a rate of 76% compared to 2018.

Brazil must enforce its own laws, step up monitoring and patrols of land seizures in protected areas, and investigate and hold responsible those who have committed for human rights abuses. Strengthening civilian authorities responsible for combatting deforestation and illegal land seizures and restoring funding to agencies tasked with environmental and Indigenous protection is the only way forward.

Elsewhere in South America, both the Amazon and the people defending it are at grave risk. In Bolivia, then-President Evo Morales authorized controlled burns in the Chiquitano forest, which borders the Amazon, and which recently underwent a series of devastating fires. In Ecuador, women human rights defenders defending the Ecuadorian Amazon and Indigenous peoples’ rights have faced a series of attacks and death threats. The Ecuadorian authorities’ lack of capacity and will to adequately and effectively provide protection and conduct criminal investigations into the attacks places their lives at risk. They are thus forced to choose between risking their own lives – as well as their families’ – and defending human rights and the environment.

The Amazon is so vital to the Earth’s wellbeing that it has been described as the world’s lungs. To safeguard the health and safety of the planet and those living on it, the United States must ensure that both the Amazon and those defending it are protected.